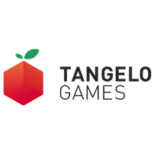 Tangelo Games Corp. was formed through the acquisition of Diwip and Akamon Entertainment Millennium and has since then reinforced his position as a leading developer and operator of social casino games being the most geographical diverse company reaching more than 200 countries.

Headquartered in Barcelona and with offices in Tel Aviv and Toronto, where its publicly traded (TSX-VENTURE: GEL), Tangelo Games Corp. publishes its top ranked social casino-themed games for the Web, Facebook and Mobile platforms, all developed to the highest standards for playing synchronously in a multiplatform environment and with maximum intuitive usability.

Its highly-qualified and talented team works with on-going passion and a focus on technology to provide its global gaming community of more than 55 million users the best social casino gaming experience trough both Mundigames and related platforms and Best Casino, its gaming platforms. All its titles are free to play and generate revenue primarily through the in-game sale of virtual coins.

Information
Connect with us